Oh this little boy! Getting big so fast, it seems like his vocabulary has just exploded in the last couple of weeks. Either that or I'm understanding his gibberish better! But I wanted to write down what he is trying to say at 16 months: he says hi, momma (most of these are mimicking) dadda, uh oh, hot, want some (when it comes to chocolate chips haha), Claire, no. He loves to make boy sounds, animals, cars etc. when I tell him his food is hot he will blow on it, so cute. He is my most snugly so far. He know I demand kisses and hugs so he appeases me. He will stick his cheek out for me to kiss it. He LOVES balls and will make baskets for a good 10 minutes, it's so cute because he does this little ritual where he says 123 and then shoots, or at least that is what it sounds like. When he sees basketball on tv he watches them shoot and puts his own hand in the air and acts like he's shooting and then says ooohh! When he's poopy he will pat himself and say poo poo. He says night night and will wave good bye. He still takes his binky, much to Chris' chagrin. He loves chocolate and learned how to open the chocolate chip bag, he's also learned how to climb on top of the table which makes for crazy messes. He's had a squealing problem that has mostly been eradicated with the help of a spray bottle. He has 12 teeth and the sweetest little smile, he reminds so much of Chris in his facial expressions. He loves his Claire and reaches for her to hold him. He's 26 lbs and in 12-24 month clothing. He seems to be my lightest child at this age, but I guess I don't know that for sure, but he's getting tall and can now reach stuff off the counters. We just love this age and can't wait for nursery, which will be a process because he's pretty attached. We have taken him in a couple of times to get used to it. But that's our Sam, we love him so much! 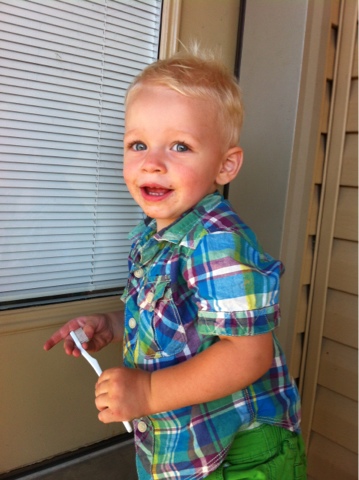 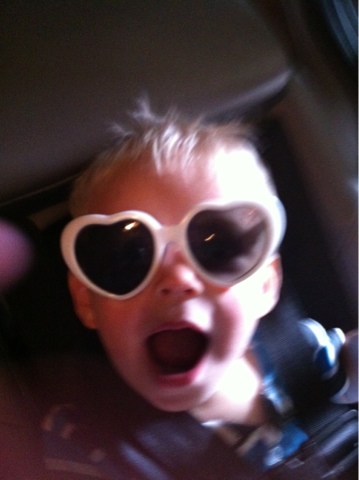 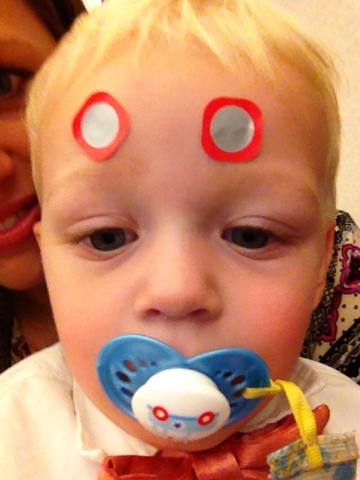 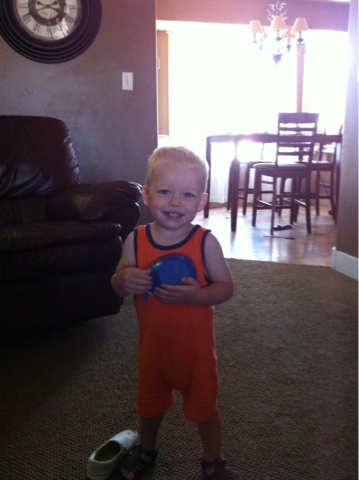 Posted by Snedakers at 6:57 PM No comments:

Structure of the Day 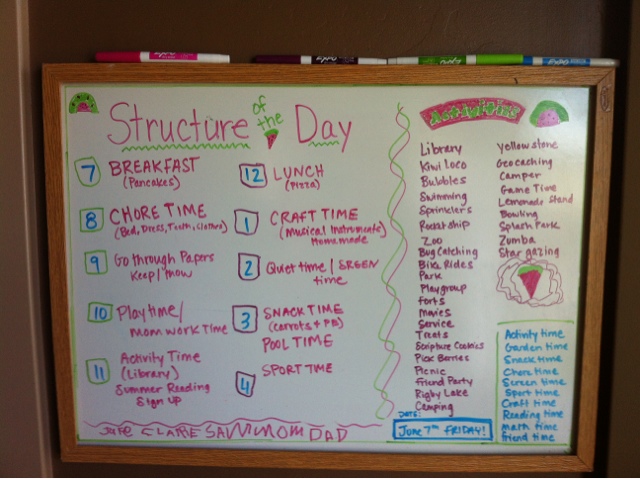 In case this never happens again, I thought I would at least document our trial of "Structure of the day". I have struggled with keeping the kids engaged in wholesome activities for a while. They get bored easily, don't want to do the things that I suggest, get sucked into watching too much tv, etc. etc. I could go on and on. I was getting really nervous about the summer time because of this. The kids want to spend every waking moment outside, playing with friends down the cul-de-sac where I can't see them. It's been frustrating to say the least and I was getting really worried. I was talking with a group of friends and we were all kind of sharing our good ideas and one of them said they do "Structure of the day". Kind of like a little mini schedule, because kids crave routine and need to know what's happening for the day. I thought it was brilliant. I can "schedule" "screen time" and "friend time" instead of them thinking they can get on the computer or tv or play in the front any time they want. I really thought they would fight me on it, but they haven't so far. *knock on wood!
It's also been really good to teach them about time and another brilliant part of it is that if they are misbehaving I can erase a fun activity. Today was a struggle in that we are still trying to nail down rules about certain "times" of the day. We have activity time, chore time, etc. You can look on the board for all of our summer activities and times of the day. The kids had fun helping me draw the board and come up with summer activities too! This probably doesn't seem like a revelation to anyone else, but I really struggle with the whole parenting thing, It is not one of my talents and I have to work very hard to find it rewarding and to stay engaged, but yet I know how important it is. I am hoping to use it as a tool to be a better mommy. I am really hoping that I can have enough patience to keep this up because I know it will be better for everyone. Thanks to my good friends and their wonderful example to me!