Marshall and Tiffany had our name for Christmas this year. Their present to our family was a 10 lb giant Gummi bear. The boys were tearing into that thing like ferocious animals. Then Chris dissected it and we all had a piece. It was GOOD. It's parts are now sitting in a plastic bag on my counter, like some specimen ready for examination. I think that may go down as the most unique Christmas present we've ever received. Not sure what I'm going to do with the other 8lbs. Maybe I could make a cake or something? 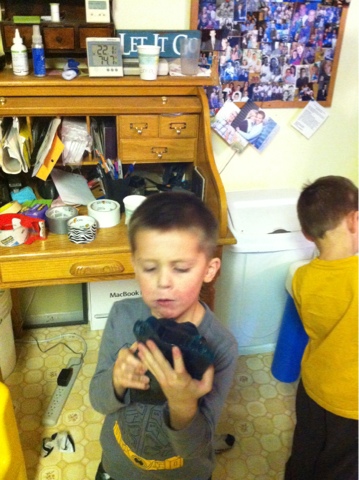 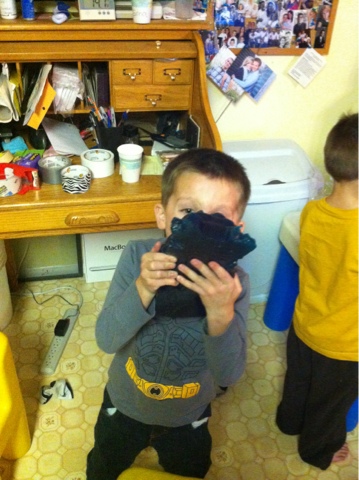 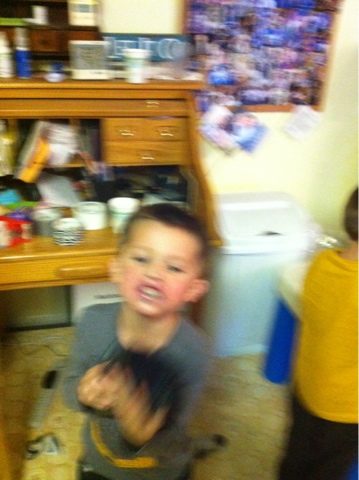 Posted by Snedakers at 12:55 PM No comments:

I saw an idea where you surprise your kids with tickets to ride on the polar express, then you drive around and look at Christmas lights. It sounded so fun so I put it on the calendar. I think I was the most excited to try to pull off a magical evening for the kids. So here's what I did: I printed some polar express tickets I found online and got a bell and whistle. We watched The Polar Express movie so it would be fresh in their minds. We put the kids to bed like usual, (i made them brush their teeth and everything) but it was really only about 7pm. After they were down we got everything ready. Blankets, popcorn, cookies, and hot chocolate in the van. We pulled the van out to the front of the house with Christmas music playing. I slipped their tickets into their coat pockets. Then I started jingling the bells right next to their doors. I knew they would wonder what it was. Then I blew the whistle while Chris started yelling "All aboard" They came out pretty bewildered. We told them if they wanted to board the train they had to get their coats and shoes. Then we asked for their tickets. They were perplexed and I told them to check their pockets. Unfortunately Jakes had fallen out when he put his shoes on but, Claire thought it was just part of the act since in the movie someone loses their ticket. But we found it. So they pulled out their tickets and Chris had a hole puncher ready to punch their tickets. He punched their tickets and we headed to "the train" (our van) and drove around looking at lights. It was such a fun night, I hope they remember it! We sang the hot chocolate song from the movie. As we were driving around we also happened to see Santa making a toy drop to a house on a fire truck. that was pretty exciting! They kept asking us where we got the tickets from. After we got home Claire came out of her room, "mom I wonder if the polar express will come again tonight?!" We created a little magic and i think the night was a success! 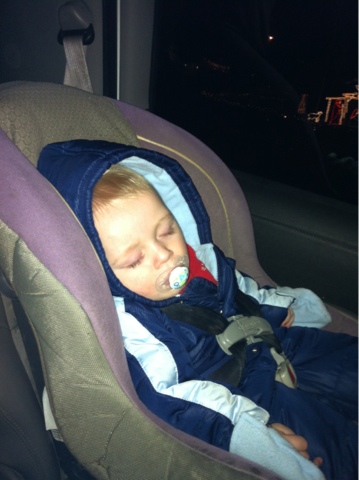 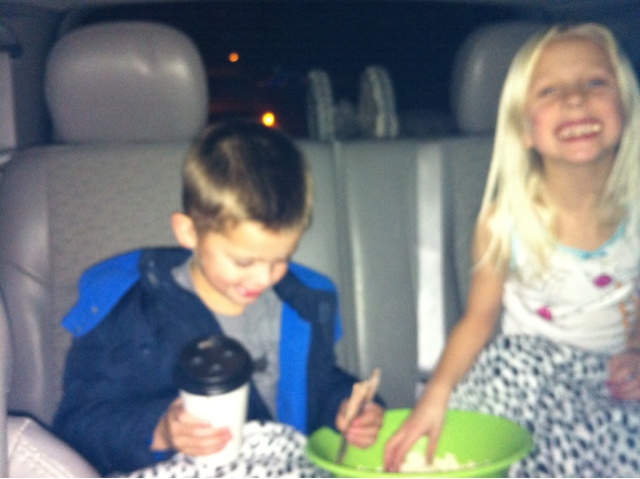 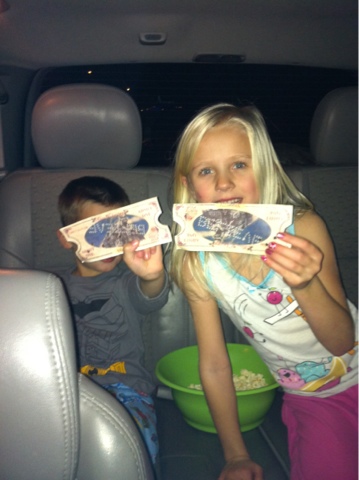 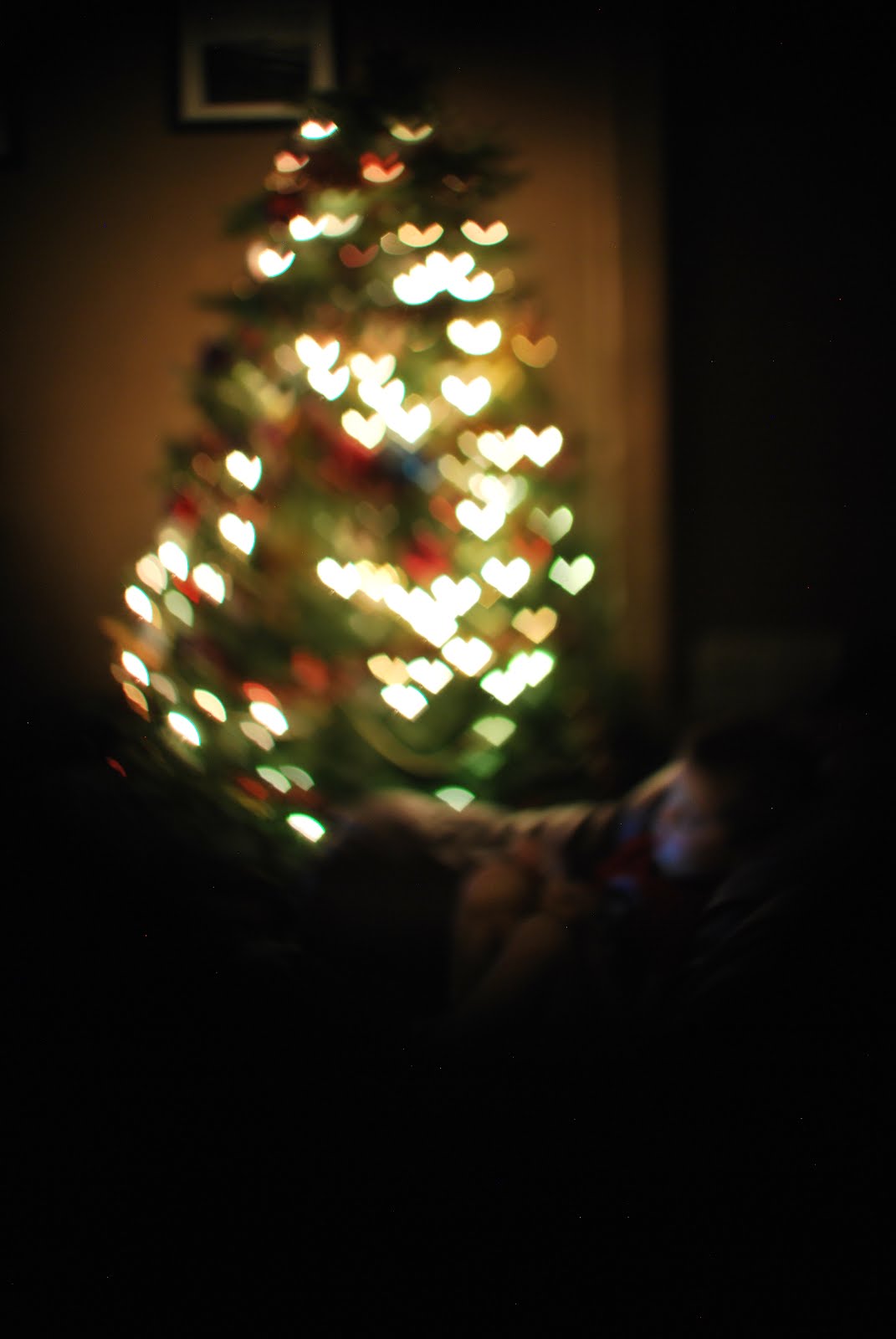 We had a divine weekend. I was hoping to make this Christmas full of the wonder that I remember as a child and I think we may have! On Friday I took Claire on a little date to the Nutcracker. We got all dressed up. She was at the perfect age for it and it was so. dang. fun. Asking questions and just loving the dancing. Oh my goodness it was magical :) I was about in tears because I just felt so grateful to be blessed so much and to be able give my children all the great things I had growing up. Saturday we took the kids to see Santa and played with family and Saturday night we took the kids to the BYU-I jazz Christmas concert. It was so fun. They had santa, the grinch, frosty, candy, and bells for the kids too. They had a blast and the music was superb. They really know how to play. Sunday was baby Clea's blessing and we got to enjoy the Christmas program put together by our musical Davidsens. They did great. Now for just a bit of snow and it will really feel like Christmas!

Posted by Snedakers at 1:01 PM No comments: