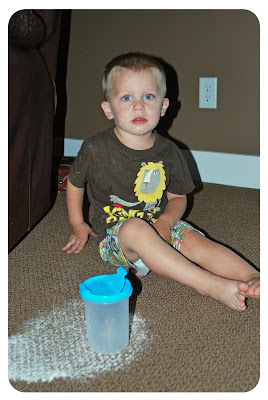 Little boy found my sugar shaker. He was hiding his face hoping I wouldn't see the sugar *everywhere*!
Posted by Snedakers at 8:05 AM 1 comment: 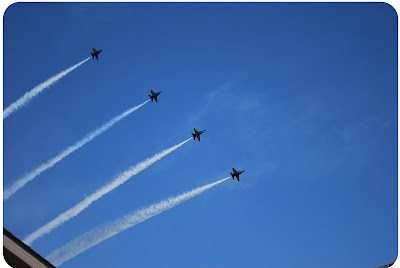 The Blue Angels came to town. Since we live so close to the airport, they were literally flying right over our house--CRAZY**. They were so close, that there were a few times I could feel myself vibrating as they passed by! But it was an awesome show. Jake and Claire both liked it, but I think it might have been a little loud for Jake, he was hiding under my chair most of the time:) 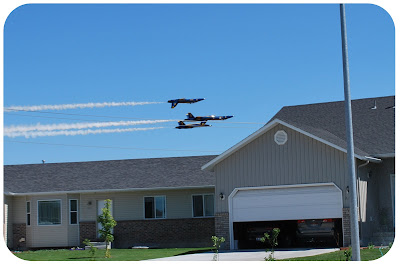 Notice how one of the planes is upside down. They had a show on Sunday, which made church a little difficult to pay attention to. Luckily we didn't have to drive, because the parking lot was packed.
Posted by Snedakers at 4:54 PM 2 comments:

I love to see the temple... 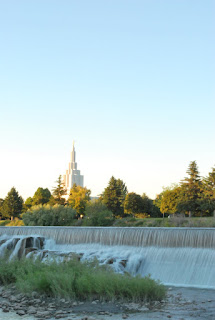 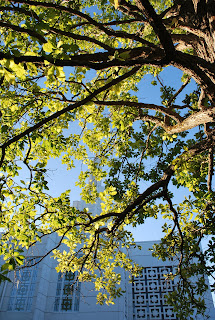 Last night we went to the Idaho Falls Temple Visitor's center for FHE. They have this neat display right now of pictures of space from the Hubble Telescope. The pictures were AMAZING! Breathtaking really. I guess the Church is the only group that has this collection on display. They also put together some scriptures that went along with the pictures. It really help put things in perspective. 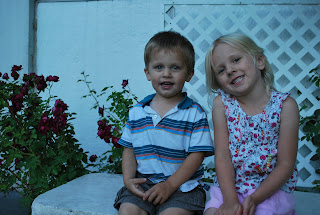 Then we walked around the Temple grounds, so beautiful of course. When I told Claire we were going to go to the temple both the kids started cheering and then she said, "oh no, I don't have anything white to wear!", I should have clarified :)
I took some pictures for a YW project I'm helping with. 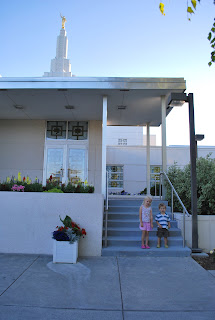 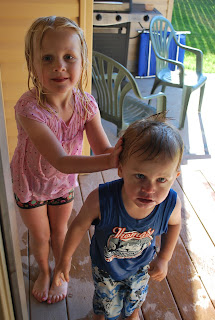 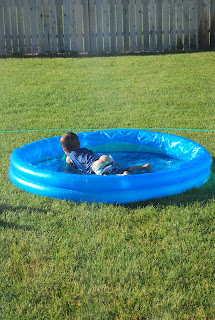 Tonight while we were outside, the kids decided to jump in the pool with their clothes on. I love how uninhibited children are. I couldn't help but laugh because Jake was having a hard time with his pants and they were both having so much fun pouring water on each other. Then Jake peed on my floor when I was trying to get him changed, yes, they are very uninhibited....
Posted by Snedakers at 6:49 PM 1 comment: 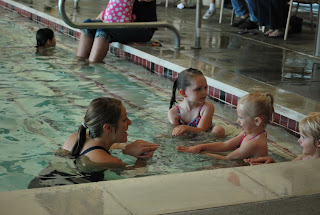 Claire started swimming lessons today. It is so fun to watch her. She loves the water! Her coach is great too and she had a blast. I'm hoping by the end she will be able to keep herself afloat for a few seconds.

I wanted to post more about our new neighborhood. We absolutely LOVE our ward and feel like we fit in really well. Our ward is huge!! Our first Sunday we got there ten minutes early and we still had to sit in the overflow. By the time the Sacrament was over the gym was full! It's not a big gym, but still!! Our subdivision is new and is still growing, so it will be interesting. I guess the ward is only 4 years old and they've already split it once, so there isn't going to be any changes anytime soon. There are 3 nurseries and 3 sunbeam classes. Our 2 neighbors behind us both have kids our kids ages and we've already had a few playdates. Claire has made best friends with the little girl across the street. The kids are loving the fenced yard, and I think I'm loving it even more, because I can just let them out there and play and not have to worry. And we were able to start a little garden, hopefully we will get something out of it, we already have green bean plants popping out of the ground. 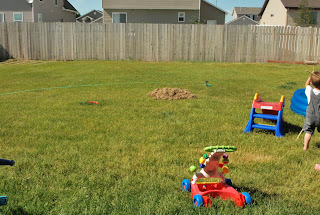 There are so many fun things going on in this ward, play groups, basketball, volleyball, softball teams-tournaments, book club, recipe swaps. Not to mention ward activities (like the Elders quorum water skiing activity coming up!) It just feels like I've known all these people for a long time. That probably sounds corny, but I just feel like we've finally found where we're meant to be!
Posted by Snedakers at 6:21 PM No comments:

So Claire thinks it's called Forfal July. I guess I don't speak very clearly, because they both have their own words for everything. Well the 4th, was so nice and RELAXING! We went to the ward breakfast and then to the IF parade. I couldn't get Claire to wear her 4th of July outfit that she's been wearing like CRAZY the last few weeks. The parade was a little slow, but we had great seats and the kids had fun munching candy and seeing the horses and BMX kids doing tricks on their bikes. Claire made a few friends too. 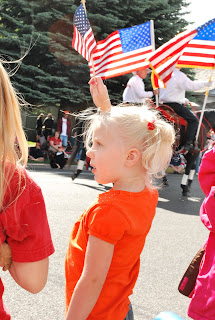 We are so used to having a crazy day holding down the fort at our old house where we were a block from the fireworks. We decided to opt out of watching the IF fireworks this year and instead enjoyed a little display at the Snedaker's (Chris' parents). We had great BBQ and played volleyball and kickball. 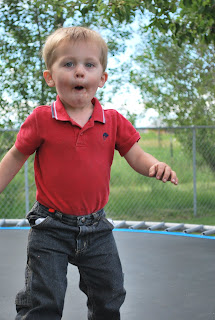 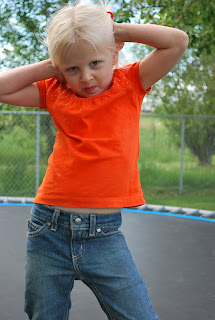 Unfortunately the kickball wasn't so nice to Parker and Claire, they both got hit pretty hard in one shot! Claire had a pink eye for the rest of the night, but was fine. By the time we got to the sparklers I think Jake was pretty tired, and spent most of the time on Grandma's lap. He wasn't too thrilled with the idea of holding the sparkler but kept chanting "more fire" when we were doing our own little fireworks. 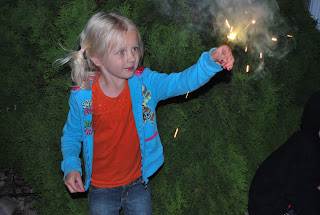 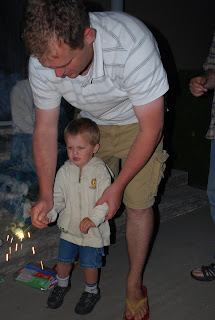 We made it just in time to watch the fireworks as we drove home and we actually can see them pretty well from the park by our house. We parked the car there to watch the finale. This all happened on the 3rd actually, because we are lucky to live in a highly LDS (Mormon) populated city so everything was moved to Saturday. Sunday, we chilled at home and watch movies and played games. Today my sister and her family stopped by on their way through and we had a good visit. We took them to Reed's Dairy for icecream (I should say, they took us :) and cheese curds. We also went over to the little animal farm they had, with adorable baby animals. It was such a nice long weekend. We had a GREAT FORFAL JULY!
Posted by Snedakers at 5:47 PM No comments:

A certain little boy has his own list of summer essentials: 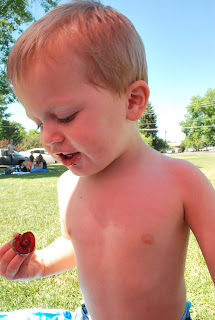 * Car-truck envy. He was trying to take the little yellow truck from this boy at the Splash park today. Jake has started calling all trucks and SUV's car-trucks. It makes sense, there are mail trucks and fire trucks, so the trucks people ride in must be called car-trucks. 100 times a day it is: "look mommy, car-truck, big big car-truck!!" 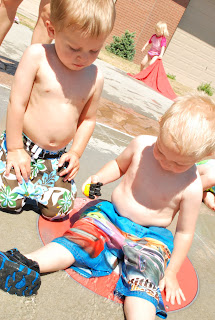 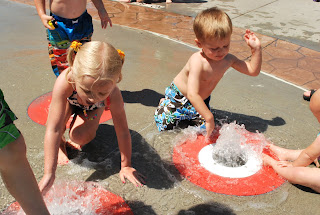 * Suesuit (his word for swimming suit), with a mega-super swimsuit wedgie on Curl
* Curl - Jake's name for Claire, a combination of Claire and girl. Again, it just makes sense! 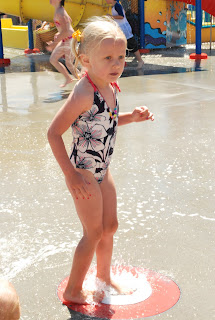 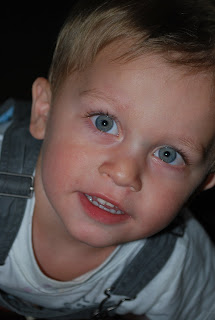